The band known as BABY FACE 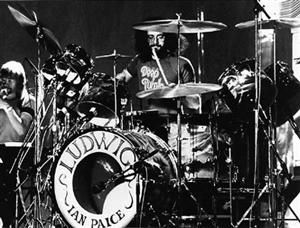 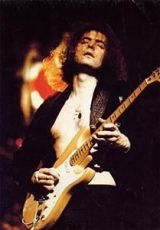 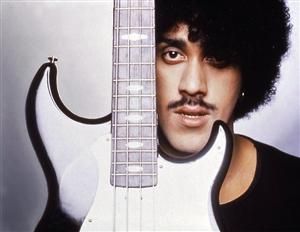 From time to time rumours have been circulating about a possible Ritchie Blackmore, Ian Paice and Phil Lynott project, often referred to as Baby Face, and speculation as to whether any recordings from those sessions exist.

New Spotlight Magazine, 15th January 1972 had this teaser ... "If the Blackmore / Lynott single 'Wanted Alive' takes off will the Lizzyleader quit the group to join new Blackmore band."

Little is known about BABY FACE, although Ritchie Blackmore has confirmed the short existence of the band. Also, in an interview with Derek Lawrence (record producer, with credits that include Deep Purple) Lawrence confirmed that "The three of them did record at The Music Centre at Wembley. I have no idea of how many or what happened to the tracks. I seem to recall Ritchie telling me that they cut a track by Johny Winters called "Dying To Live". (It has been suggested that perhaps this happened November 22nd 1971).

Many years later, a greatest hits package called "Ritchie Blackmore's Best Tracks" included a track called "GUITAR JOB" apparently credited to the band "BABY FACE" ... it's listed as a 1972 recording. In Deep Purple / Blackmore fan circles, it's considered common knowledge that "Guitar Job" is actually from the Fireball sessions and was just a jam they recorded. There is some info on this at the Highway Star web site. About "Guitar Job" they say this: "Mk 2 (Blackmore): instrumental studio jam during Fireball sessions by Blackmore and Paice only. Released on Ritchie Blackmore - Rock Profile Vol. 1."

A couple of years ago RITCHIE BLACKMORE gave an interview to a Greek magazine, and among the questions he was asked, beyond the main story, was about his work with Philip Lynott. He confirmed that they had made some demos, and they named themselves BABY FACE, but after a couple of days playing together at someone's home, they decided not to work together, because they didn't like the results. He also mentioned that he did not feel the demo's were high enough quality to ever release.

On Ritchie Blackmore's official website here's what they have to say on the subject: "After Gillan had made his decision to leave Deep Purple during late 1972, Blackmore decided to do the same thing. He had loose plans to form a band with Phil Lynott, Paul Rodgers and Ian Paice, which has later become known as Baby Face. Rodgers left the project even before it had begun. There are recordings with this line-up (with Lynott handling vocals), but they are being held by the 1st management."

In his book "Smoke on the Water: The Deep Purple Story" (page 122) Dave Thompson wrote: "With Ian Paice alongside him, Blackmore booked into De Lane Lea studios for the first of what would become known as the Babyface sessions - a name Blackmore biographer Roy Davies suggests might well have been inspired by Paice's choirboy looks.

To complete what the guitarist intended as a very basic power trio, Blackmore invited along Phil Lynott, bassist with the then little-known (but fast-rising) Thin Lizzy. It would be several months before the Irish hard rockers scored their first hit single, with a stunning rearrangement of the traditional "Whiskey In The Jar", but, with two highly acclaimed albums already behind them, Thin Lizzy were certainly attracting attention, and Blackmore was as enthused as anybody. Catching the band in concert during the summer [Blackmore] had earmarked Lynott for some future project, long before he decided on the project itself.

Of course, Blackmore's interest did not at all please Thin Lizzy's manager, Chris O'Donnell, all the more so since he was painfully aware of how difficult it was to keep Lynott's feet firmly on the ground. The bassist had already mused aloud about conducting a solo career alongside his duties with Thin Lizzy, and O'Donnell later summed up this latest pipedream as "a few rehearsals that had Phil thinking he [really] could live out his Rod Stewart/Faces fantasy".

"I wanted to form a band with Phil Lynott", Blackmore acknowledged. "It would consist of Phil, Ian Paice, and myself. We would be a trio. We [would] have made a few albums. That was in 1972-73. I said to Ian, 'Well, that was it. I'm leaving'. And he said he would stay with me and asked me if it was a wise decision. [But] I was just fed up with everybody".

As it transpired, Babyface was doomed to obscurity. Although Lynott later recalled recording as many as five songs with Blackmore and Paice, Blackmore remembered no more than a couple (including a version of Johnny Winter's "Dying To Live"), then damned them with faint praise: "They were good, but it may have been a bit near Hendrix. I was playing that way and Phil was singing that way". In fact, Roy Davis is adamant that "the only known reels of master tape found archived thus far... contain just three disappointingly rudimentary and incomplete backing tracks".

Refuting what Roy Davis says about the nature of the resulting recordings is this excerpt from Colin Hart's recently published book "A Hart Life": "Not wanting to waste any creative time, Ritchie called me up telling me to pull out his gear and Paicey's glitter kit and take them to a small studio off Holland Park Road.

This was a little strange, as Ritchie and Paicey were not exactly the practising types. Imagine my surprise when Phil Lynott of Thin Lizzy appeared in the studio too. The three of them were there for a couple of nights. I had to load in and out each day, as the studio had not been block booked, only by the session. Apparently, this was all an idea of John Coletta "just to see what would happen" as Ritchie was a long time admirer of the Irish bass player.

It is common belief that the resulting tapes were not good and only half finished, lying in a long forgotten vault. Not true, I think John Coletta or Tony Edwards had them and they were finished, all four songs were great. Perhaps they will surface one day? There was an actual name given to this little 'band' and it was called 'Baby Face'."