James Taylor set this site up way back in May 1995! Since then and over 25+ Years James has kept it going that was until 2019 when he decided to take a well earned break from running the site and he handed the Batton onto a new team to run things. Songs for While I am Away

Director Emer Reynolds on Phil Lynott - Songs For While I'm Away: "We wanted to look at the artist behind the rock star, and the man behind the artist, and to tell the story of his life”

It was more than four years ago, when the Thin Lizzy grapevine began buzzing with rumours that a documentary was being planned about the life and music of the great Dublin rock hero, Philip Lynott. In insider circles the news that the award-winning maker of The Farthest, Emer Reynolds, had taken up the baton as director was warmly greeted: she would bring an affectionate, poetic touch to the story. Having been delayed by the onset of Covid-19, the film is finally set for December release. Fans of the man can relax: it is a powerful and loving portrait of Ireland’s ultimate rock star. 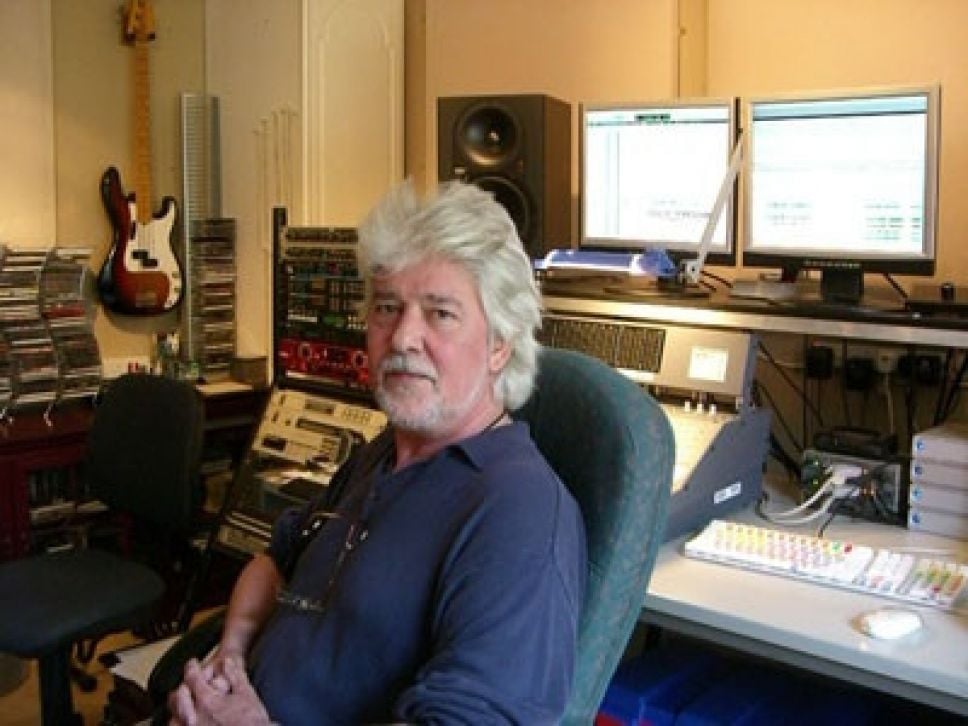 One of the leading UK engineers and producers of his time, Kit Woolven worked on key albums with David Bowie, David Giilmour, Hazel O'Connor and The Radiators From Space as well as a host of metal acts – including, of course, the great Irish rockers Thin Lizzy and Philip Lynott. No wonder his death is being widely mourned by rock fans today

is sad to learn tonight of the death of Thin Lizzy engineer and producer Kit Woolven. Kit was a close associate of the late, great Philip Lynott, lead singer and driving force in Thin Lizzy.

Kit Woolven was credited with engineering the Thin Lizzy album Black Rose: A Rock Legend (1979), which peaked at No.2 in the UK charts, as well as delivering a Top 10 hit in Sweden. He went on to produce, engineer and mix subsequent Lizzy albums, including Chinatown (No.7 in the UK), Adventures of Thin Lizzy (a collection of their singles that reached No.6 in the UK) and Thin Lizzy Live.

In the meantime, Woolven had worked closely with Philip Lynott on his solo releases, accumulating Producer, Engineer and Mixer credits on both Solo In Soho and the Philip Lynott albums.

Kit was regarded as one of the great engineers of the 70s and ‘80s, also working on major albums by David Bowie (Scary Monsters and Super Creeps, 1980), David Gilmour (About Face, 1984) and Magnum (On A Storyteller’s Night, 1985). He also worked as an engineer on one of the immortal Irish albums, Ghostown (1979), by The Radiators from Space, with Tony Visconti as producer.

Kit clearly lent in a metal direction, working also with many of the leading lights of British and international heavy metal, including UFO, Tony Iommi, Cradle of Filth, Chrome Molly, The Guana Batz, Cathedral and Anathema. Legendary CKLW-AM music director Rosalie Trombley, the “girl with the golden ears” whom Bob Seger immortalized in song as one of the few female record executives in the 1960s, has sadly died.

Philomena Lynott: No.1 Bestseller My Boy Set for Movie Adaptation My Boy, the No.1 best-selling book, by Philomena Lynott and Jackie Hayden, has been optioned for a movie by Shy Punk Productions.

“We are passionate about the book and the prospect of producing a feature film based on it,” Libby said.

On this day in 1977: Thin Lizzy released Bad Reputation Searchlight On The Future. View From The Rear: Brian Downey. Occasional Angles: Phil Lynott. In the middle: Niall Stokes.

On the surface, it might seem that Thin Lizzy could have their eyes and hearts and minds on only one thing – the present. For a start they've just delivered what's commonly regarded as their definitive recorded statement in the brilliant Live And Dangerous double album set. Not only that, but the critical acclaim which greeted the work has been more than borne out by the immediate and, so far, sustained commercial success it's achieved. Thin Lizzy have released a Colouring Book so any of you budding Jim Fitzpatrick's can have a go - if you can get your hands on one that is! 42 years ago Gary and Phil combined to weave their magic once more to give us classic tracks such as Do Anything You Want To, Waiting for and Alibi, Toughest Street in Town, S&M, and of course the title track "Róisín Dubh (Black Rose) A Rock Legend. This was Lizzys ninth studio album released in 1979, and has been described as one of the band's "greatest, most successful albums". The album debuted and peaked at No. 2 in the UK album charts. It was the first time that blues rock guitarist Gary Moore remained in Thin Lizzy long enough to record an album after previous stints in 1974 and 1977 with Thin Lizzy. With the charismatic Phillip Lynott as their lead singer, it came as little surprise that Thin Lizzy would have a strong visual component for their album covers. Once they established themselves as a viable commercial entity, however, they were able to oversee (notably through Lynott’s insistence) the design of their records. From their third album onwards, the band left their record label’s in-house design studios, and gave the job to their trusted illustrator friend and fellow Dubliner, Jim Fitzpatrick. The late, great Gary Moore (sadly he passed away in 2011 much too young at 58) is probably Northern Ireland’s most legendary guitar slinger son. Make that definitely. Born a Belfast boy in 1952 he became something of a musical prodigy, playing a mean axe from the age of 14 on. His career flourished locally since he was a childhood friend of Phil Lynott and Brian Downey and his apprenticeship served he delighted audiences with his flamboyant style and immaculate taste in Skid Row and Thin Lizzy. January 4 2021 will mark the 25th anniversary of the iconic Irish singer’s death from pneumonia and heart failure due to septicaemia after being hospitalised with serious drug addiction issues.

Lynott’s uncle, Peter Lynott, was the guest of honour at the unveiling, which was attended by a small gathering of friends and those who worked closely tie to the late musician.