Excerpt from the ROBIN GEORGE INTERVIEW 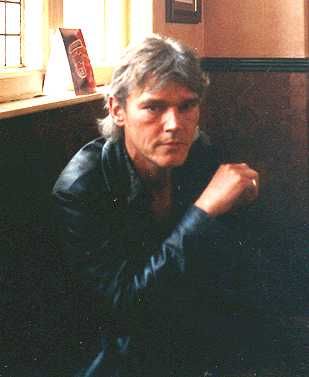 By This email address is being protected from spambots. You need JavaScript enabled to view it.

as part of an interview that was done as PR for a David Byron Band release that Robin worked on.

K.J.- I've been listening to a lot of Thin Lizzy lately. You worked with Phil [Lynott] briefly before he passed away. What was the difference in the situations between David and Phil, as they had similar issues I guess!?

RG- Well, like David, Phil had a reputation as being really hard to work with and a complete bastard. I think I must be very lucky to slip under the radar with some people. But Phil was immensely talented. I loved working with him as well, in a different way. But the writing I was doing with him.... We'd actually reformed Thin Lizzy right before, literally in December, right before he died. I was really looking forward to that because I always loved Lizzy as a band, and now I was in it. It was Brian Downey, Phil and I. We'd got studios booked to start the album and then the phone rang, just in the new year and a radio DJ said, "Can you comment on Phil Lynott's death?" and that's how I found out he had died. Phil and I shook hands as he dropped me at the station on Christmas Eve, and he said "Right, see you in the new year. Lizzy's back, great!" but it wasn't to be.

You worked on "Nineteen". What other tracks did you work on with Phil?

RG- It was just writing demos. Phil had a studio in his back garden and we spent a lot of time there. And there were some great songs. On that final day when his guy drove us to the station, he said "Can I have that cassette of all the demos, so I can do some notes and stuff over Christmas?", and of course it's gone, apparently. His stuff had gone to different places. I’ve been told recently that it's about to reappear, for auction or whatever. I don't know who's got it or where it is, but there's some very good material. But it was a very different situation with Phil. It's a strange thing that I wasn't that familiar with Heep, of course I knew of them, but with Lizzy, I had a couple of their albums.

So you guys did nothing as far as live shows or announcements?

RG- No, like you said we did "Nineteen" on TV, and the day of that show [which is on the net, you-tube I think] was the day Phil asked me to reform Thin Lizzy, after that very performance, on the plane on the way back to London.

It's a shame. Because I listen to those old albums and Phil was an amazing writer.