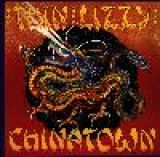 Chinatown is the tenth studio album by Irish band Thin Lizzy, released in 1980.

as well as tour with Thin Lizzy between 1980 and 1982; he replaced Gary Moore

on keyboards, and he would join Thin Lizzy as a permanent member within the year.