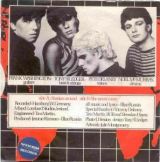 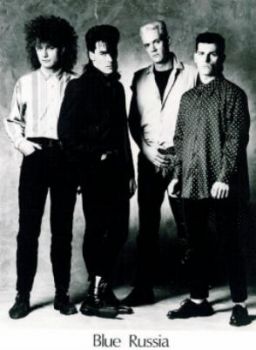 Russian Around
The A-side Russian Around was produced by
Phil Lynott and Jerome Rimson.
CLICK to listen
ALL RIGHTS RESERVED

In an October 23rd 2004 inteview with me, Noel McMurray, the drummer for the band, explains:

"In 1983, Phil Lynott and Jerome Rimson produced the first single for a Dublin band "BLUE RUSSIA."
"It was released on Vixen records, got strong airplay and made minor chart success in Ireland 1983."

"The single was entitled 'RUSSIAN AROUND' and dealt with the feelings of arms race, nukes, and
the general fear that we were (are) on a road to blowing ourselves to kingdom come?"

"The single also had a video produced by RTE TV that illustrated the depth of the song of
'political smiling faces and shaking hands' between world leaders in order to keep the real agendas
secret from the public."

"The credit for Phil Lynott is not actually shown on the cover for the single because
the single was remixed before release and the cover was based on the original mix.
We did an all-nighter at Lombard Studios in Dublin and Philo did some awesome
work to the drum production which gave it the 'live power' we were looking to reflect."

Noel McMurray acknowledges that that Phil made a big impression on him on both a personal friendship
level as well as being a professional inspiration. "He made a difference. What more can I say." 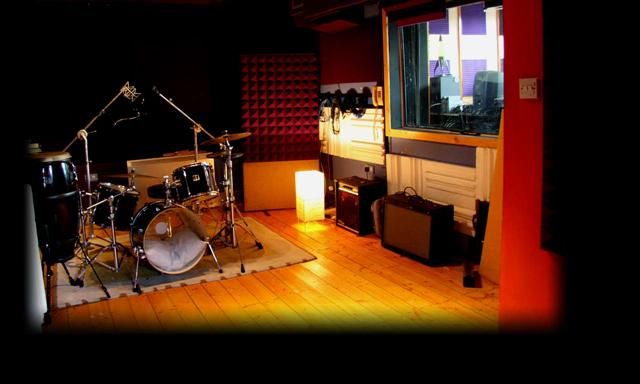 Frank was a key inspriration to me then and again 25 years later. 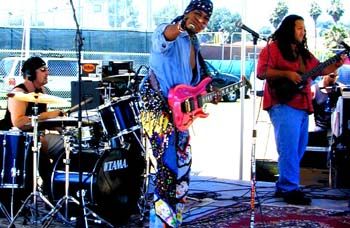 Noel (October 23rd 2004): "So this is what I do today 25 years later -- I'm still playing. The band, A STEP FURTHER, is beginning to gather a very strong following. I call it 'Irish guy meets with the blues in California' ;) A STEP FURTHER takes what might have been if Jimi was still alive today, well at least from our perspective."

"More recently I spent a lot of time, until Dec 2008, with a band called Fuji Minx and we had some successes on the independent alternative market…. If you search around YouTube etc you will find plenty ;)"

"There may be a video at home somewhere of Russian Around on RTE TV in Ireland – so I am going to try dig that up and get it on YouTube." 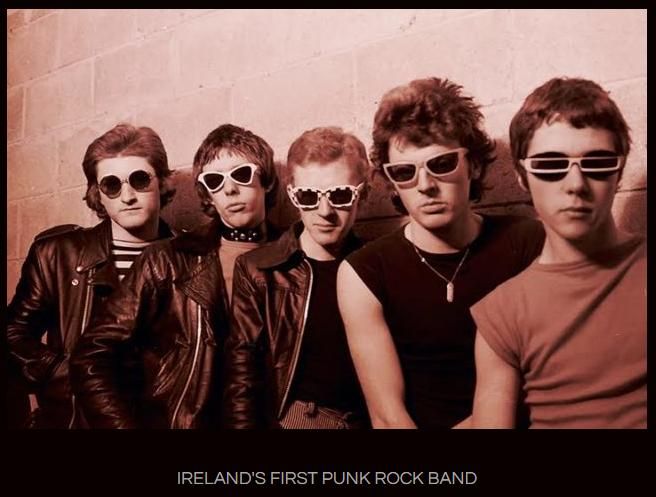 I just received this update from a friend, about Tony St Ledger, ex-BLUE RUSSIA.

Tony St Ledger, ex-Blue Russia is now part of "Trouble Pilgrim" aka "Radiators from Space" .... all connected to Thin Lizzy and Philo.

Tony was bass player in "MysterMen" and "Blue Russia". When "The Radiators ..." were on the go late 70s, they were Ireland's 1st Punk band and Philo would've been close to them. Steve Avril, who was also in the band, designed all of U2s album covers from the beginning to present except maybe one. They have returned to the scene recently as "Trouble Pilgrim".

We can formally announce that the "Trouble Pilgrims" will succeed and take over live and recording duties from the Radiators From Space.

Consisting of founder members Stephen Rapid and Pete Holidai along with long serving member Johnny Bonnie, the band are joined by Bren Lynott on bass and Tony St Ledger on guitar.

The Trouble Pilgrims live set will consist of a full repertoire of familiar tunes, featuring the songs of the late Philip Chevron along with new material as they come on stream.