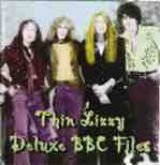 A collection of studio recordings made for various BBC Radio sessions (disc 1 & disc 2, tracks 1 - 11). Disc 2 tracks 12 - 18 were officially released live recordings that apparently only appeared on a Japanese box set. Being that most of this material is basically live in the studio and the live recordings are all direct from the soundboard, the sound quality on this bootleg is outstanding. There are a few mistakes in the tracks listing and a few bad cuts at the ends of some songs, but otherwise a stellar two disc set. The worst cut is "Johnny the Fox Meets Jimmy the Weed," which only has about half of the song. One of the more interesting songs is the early slide guitar version of "Suicide," which is pretty radically different from the original. "Things Aren't Working Out Down on the Farm" is another very rare track. "Sha La La" is a favorite tracks of mine, and the BBC version, while sounding like it was recorded in a studio, has a live feel to it with the drum solo included. Tracks 13-16 have been released on the "Peel Session" CD. put out by Strange Fruit. Tracks 12-18 were also released on the Japanese double version of "Wild One" and are of a higher sound quality than the seven tracks on this bootleg.

Special thanks to Bruce for this info.