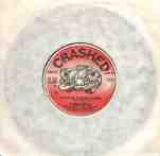 A-side sung by Philip Lynott who also produced the recording and who also has sometimes been (incorrectly) credited with writting the lyrics. In a televised interview, prior to performing the song live with Clann Eadair, Phil corrects that by commenting "written by a couple of the lads in the band". This song was produced by Phil in 1984. It was written by band member Pearse C. F. 'Snowy' McLaughlin and released as a 7 single by Irish indie label Crashed Records.

Both songs produced by PHILIP LYNOTT

A kind 'visitor' recently (June 2016) sent me this addition information about this song:

Just sending you some clarifying information on the single "A tribute to Sandy Denny". The person who wrote the lyrics is Pearse C. F. McLoughlin, also called Snowy McLoughlin. Snowy McLoughlin is from Howth in Dublin and the father of a daughter.

He was not a member of Thin Lizzy although I believe Thin Lizzy had a band member also called Snowy, (Snowy White).

The Pearse Snowy McLoughlin who wrote these lyrics was a longtime friend of Phil Lynott.

Phil Lynott's mother Philomena Lynott can confirm this as can almost anyone living on the peninsula of Howth just outside Dublin, Ireland.