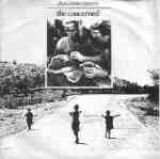 Benefit Recording for the relief of starvation in ETHOPIA and SUDAN


This all-star cast album lists among it's credits Philip's group GRAND SLAM,
although all available information indicates they did not take part, and they do not
appear in the cover photos.

Perhaps the closest thing GRAND SLAM ever made it to being on an official release.