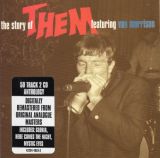 The Story of THEM - ERIC BELL: pre-Thin Lizzy

Although ERIC BELL never actually recorded with Van Morrison and THEM, he did tour with THEM in the Autumn of 1966, before moving on to THIN LIZZY. That is also the time that Van Morrison left the band, a year later releasing his first solo album "Blowin' Your Mind".

ERIC is pictured, and mis-identified, on the insert for the 2 cd set "The Story of THEM". In fact, he is TOP-RIGHT in the photo, behind Van Morrison, and NOT in the front row as stated. 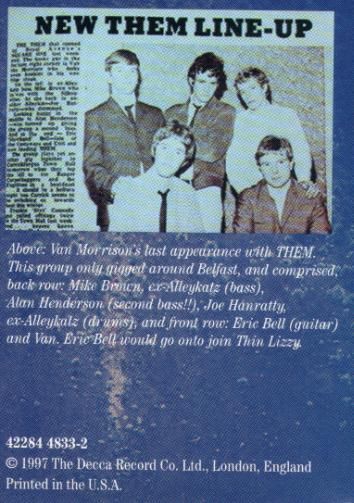