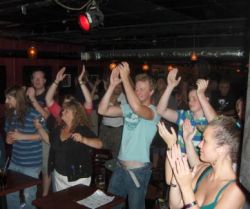 A Celebration of the music of Philip Lynott and Thin Lizzy

Toronto's Celebration of the Music of Phil Lynott and Thin Lizzy

Celebrate the life and music of PHIL LYNOTT 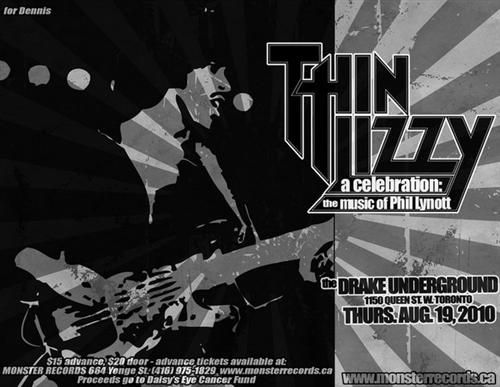 This year's show is dedicated to the loving memory of Dennis Keeley
& all proceeds will be donated to Daisy's Eye Cancer Fund.

In 1986 the world lost one of its finest songwriters. Here’s a little something to keep you from forgetting...

After taking a brief respite in 2009, the Toronto Thin Lizzy Celebration is back for its incredible eighth year! Once again, some of the finest musicians on the Canadian indie scene are coming together to celebrate and pay tribute to a true warrior poet, Philip Lynott. Since his untimely death in 1986, Thin Lizzy’s Phil Lynott has left a musical legacy that continues to influence and inspire musicians around the globe. Even the legendary Bob Dylan has been recently quoted singing Lizzy’s praises. Over the years, Lynott’s songs have been covered by an array of such diverse performers as Henry Rollins, The Corrs, Smashing Pumpkins, Randy Bachman, Huey Lewis, Metallica, The Cure and Canada’s own Emm Gryner (who performed at the 5th Annual Lizzy Celebration).

So here we are after 7 years... 82 separate performances from 37 different artists... 252 songs played... and ready for round eight!

One of the goals of the Toronto Thin Lizzy Celebration is to help highlight the amazing diversity in Lynott's music and in the vast array of artists his music has inspired. To this end, over the years the Celebration has played host to rock, country, punk, acoustic (guitars and pianos!), reggae, jazz, metal performances and even a seriously kick-ass Greek bouzouki band! This is something that sets the Toronto show apart from other similar events worldwide, in that it is not a night of tribute bands (not, however, that there's anything at all wrong with that...), but instead, a night of artists paying tribute. Every performer who's ever graced the TLC stage has worked their backsides off to learn the songs they've played (this, in most cases, on top of their already busy schedules). This is an act of love, plain and simple... a love of Phil's music and respect for his memory...

For the first four years, the proceeds from the event went to the Roisin Dubh Trust to help defray the enormous cost of erecting a statue of Phil Lynott in the heart of Dublin. 19 years after his untimely passing, this memorial in bronze was finally unveiled to a crowd of 6000 fans, on August 19th, 2005.

With the statue in place, subsequent show's proceeds have gone to such worthy causes as the Canadian Cystic Fibrosis Foundation (CCFF) and the TOMA Foundation for Burned Children.

The proceeds of this year’s Toronto Thin Lizzy Celebration will be donated to Daisy’s Eye Cancer Fund, with the show itself being dedicated in loving memory of Philomena Lynott’s long-time partner, Dennis Keeley.

This year’s show takes place on the eve of what would have been Phil Lynott’s 61st birthday. The show starts at 9pm sharp and will feature some of the finest acts on the Toronto indie scene.

This year’s line-up of is in the final stages of being locked in, but we look to be featuring close to a dozen diverse performances from some truly amazing talents.

Schedule permitting, we hope to once again have Phil Lynott’s mother, Philomena, pre-record an introduction for the event.

For any questions, please contact Roger Costa (416) 975-1829
or email to This email address is being protected from spambots. You need JavaScript enabled to view it. and
check www.monsterrecords.ca for up to date information. 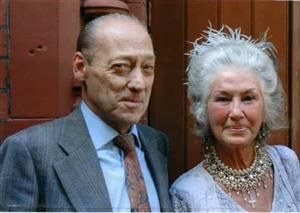 a message from Roger Costa

A note from James (trcjt):

A number of people have asked why I don't have pictures from this year's event. Although I purchased tickets with every intention of attending, at the critical moment a medical emergency kept me from being able to be there. Hence, no pictures.

a message from Roger Costa 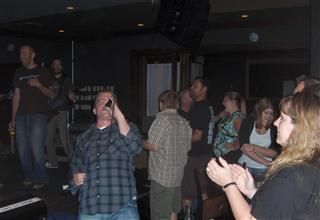 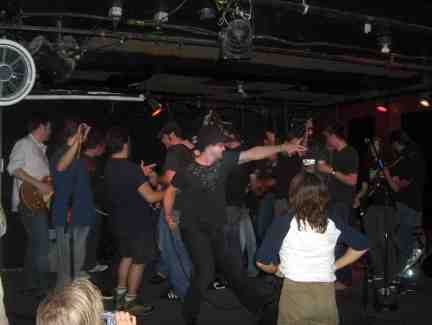 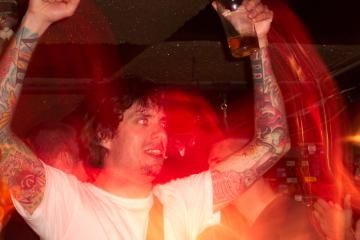 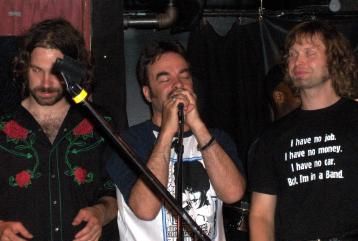 A Celebration of the music of Philip Lynott and Thin Lizzy