PHIL LYNOTT: The HUEY LEWIS and the NEWS connection. 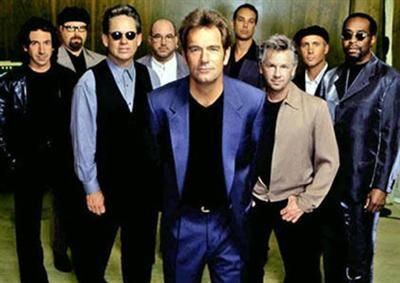 As it turns out, for a number of years now, there has been some mis-information in circulation
concerning the PHIL LYNOTT and HUEY LEWIS and the NEWS recording session from 1985.

For a time, these sessions were thought to represent Phil's final recordings,
although a few years back some new recordings, with STEVE JOHNSON, were discovered.
Those were recorded in December 1985, just weeks before Phil passed away.

Additionally there have always been THREE tracks reported to have come from the LYNOTT / LEWIS sessions:

It now turns out that 'ONE WISH' does NOT come from these sessions.

Over the course of 2010 and 2011 Adriano Di Ruscio, an extremely dedicated Phil Lynott and Thin Lizzy fan, investigated these recording sessions, initially by snail mail and later by email. Thanks to his efforts, documented below, Johnny Colla was recently inspired to post information on these sessions along with the HUEY LEWIS scratch-vocals version of "STILL ALIVE". 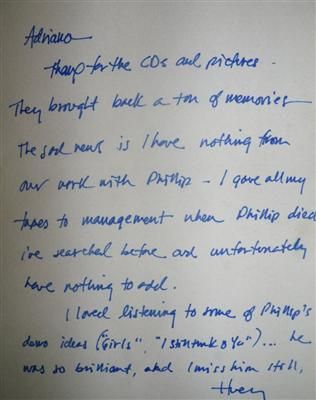 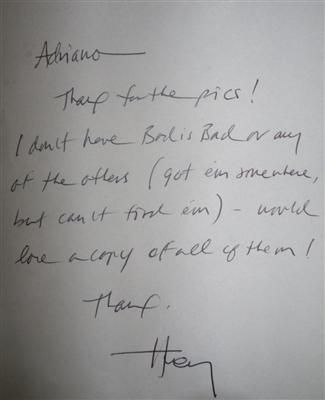 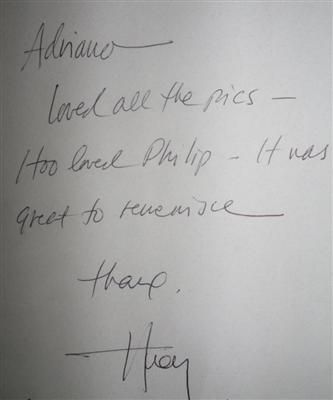 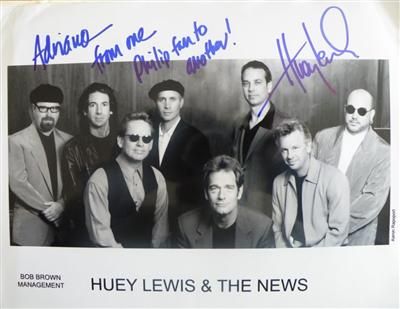 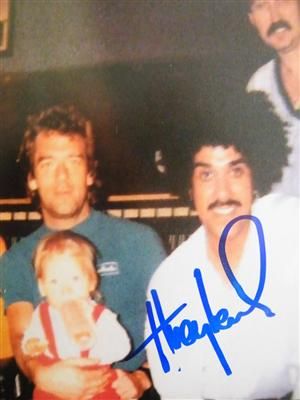 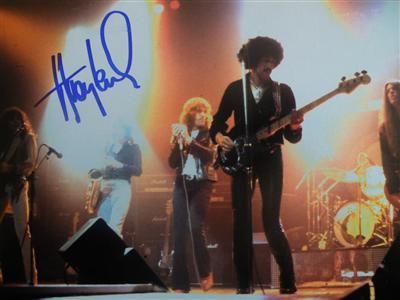 Recently JOHNNY COLLA of HLN posted this open letter to help clarify and expand the information surrounding these sessions. This is reposted below. Thanks to Johnny Colla for his insights.

Way, way back in November of 1985 we cut a couple tracks with Philip Lynott of Thin Lizzy fame, shortly before Phil’s death. With my recent discovery of an old work tape from the sessions it seemed like a favorable time to try and piece the chronology together. Huey, Bill and I sat down recently to do just that, and it turns out none of us can remember anything! Just kidding, but not much . . . . . those were heady times for all of us.

Lynott and Huey first met back in the seventies when Clover was the opening act on a Thin Lizzy tour. Fast-forward nine years to ’85 and Phil was planning a third solo release, working with a myriad of players and producers at the time. Lynott’s management contacted Huey about producing and cutting a few tunes with us out here in California and the game was on.

Our normal protocol was to try and pick off three songs at a time in a short recording period, say a week or so. Philip ran into some visa issues trying to get in the country, so knowing his stay would be cut short we made the decision to cut just two tracks.

Before Phil’s arrival we went into Sausalito’s Record Plant and laid down 'Can’t Get Away' and the Alex Call / Huey Lewis-penned 'Still Alive' (we were not involved with a third song, [One Wish”.] I was busy at another studio in Marin producing a local band (I rarely played on 'News' basics) so I wasn’t around for the tracking.

By the time Phil and guitarist Laurence Archer arrived the tracks were ready for overdubs, replete with Huey’s guide vocals. Contrary to rumors, Mutt Lange was present one night while Laurence laid down some guitar parts – just hanging about with Huey & Philip – but he didn’t produce the sessions.

A day or so later I came in to arrange and cut vocals for both songs. I’m fairly certain the following evening Huey and Phil were finishing up some painstaking lead vocals, and in the wee hours of the morning we made rough mixes and went home. The sessions were over.

At one time these sessions were thought to be Philip’s last recordings, but through the years it has come to light he did some recording with guitarist Steve Johnson in mid-December 1985, just days before he collapsed. No matter, our moment with Philip Lynott was a great page out of HLN history, and it was a moment in time we’re proud to have been a part of.

Back to my work tape . . . Besides instrumentals and Phil’s vocal versions, my twenty-three-year-old cassette had a version of 'Still Alive' with Huey’s scratch vocal. I did my best to remaster it somewhat, and the end result is quite impressive! We hope you enjoy this rocker as much as we did rediscovering it, along with all the memories it conjured up.

For more on HUEY LEWIS and the NEWS go to HLN.org 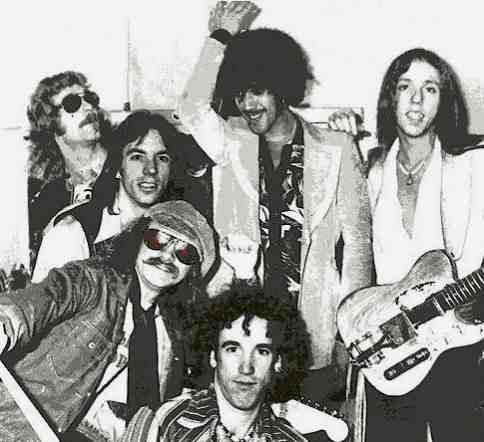 With PHIL .. taken backstage at the Hammersmith Odeon at the end their 1976 tour opening for Thin Lizzy

As it turns out, for a number of years now, there has been some mis-information in circulation
concerning the PHIL LYNOTT and HUEY LEWIS and the NEWS recording session from 1985.

For a time, these sessions were thought to represent Phil's final recordings,
although a few years back some new recordings, with STEVE JOHNSON, were discovered.
Those were recorded in December 1985, just weeks before Phil passed away.