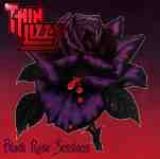 A Night In The Life Of A Blues Singer (long version)

With Love (Huey Lewis on harmonica)


Got To Give It Up (slow, different lyrics)

Are You Ready (unreleased studio version)

Waiting For An Alibi (slower/different lyrics)

Although the details are not readily available, it is reported that the Black Rose album as we know it today is not the original release. Apparently at some point after being released, it was withdrawn and some tracks were removed and others added before it was reissued. Just The Two Of Us, released on a single, was apparently one of the cuts from the original release of the album.