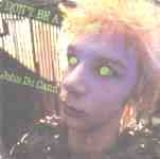 Don't Be A Dummy

See Robin's comments and Germany 1974 for some info on John's short time with THIN LIZZY in 1974.

In 1975 Vincent put Atomic Rooster on hold while pursuing other projects.

1980 saw the reformation of ATOMIC ROOSTER with Vincent and John DuCann working together again. But by 1981 John was AWOL and missed playing the Reading Festival with the band. He had apparently decided to retire. In 1984 Atomic Rooster was disbanded, never to reform again.

Vincent passed away on Valentine's Day 1989 after an illustrious career with the likes of Crazy World of Arthur Brown (FIRE), Carl Palmer (before ELP), Rory Gallagher and Dave Gilmour (PINK FLOYD) to name a few.

Since that time, Paul Hammond too has died. In fact, of the "Death Walks Behind You" line-up of ATOMIC ROOSTER, only John DuCann remains.

For more information on check out these comments from Robin Edmondson