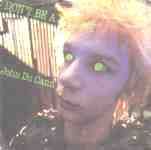 The following is an excerpt from some recent correspondence I have had with Robin Edmondson concerning JOHN DuCANN and his time with THIN LIZZY (for the Germany 1974 Tour).

I run a Yahoo Group for John (DuCann).

I did hear, maybe a myth, that the Tour of Germany that John played on also included one gig in Dublin, but have been unable to confirm this.

According to Brian Downey, he wasn't exactly too happy with the tour of Germany and says he left the band for a good few weeks. On the Yahoo Group site is an interview I did with Phil, around 76/77. By chance the local band I gigged in, a local Manchester band, had a gig in a part of Manchester called Failsworth and during the gig I spotted what I thought was a Phil-look-a-like at the bar, and mentioned it to the rest of the band during the set-like you do!

After our set the man came over to wish us well and say how much he'd enjoyed our humble efforts and I was somewhat knocked out as it was the man himself. He did say that my guitar style & vocals were very reminiscent of John and I owned up to being a big fan and had basically knicked his style. Retrospectively Phil spoke very well of both John and Andy.

I did speak with Phil about John and the car crash in Belgium whilst he was a member of Bullet/Hard Stuff and that it had left him with severe and eventually chronic back problems and that lifting and carrrying were extremely painful and Phil said that John hadn't said a word about it.

And hence John wasn't able to do too much with moving the gear and so the story of John leaving his stuff by the tour vehicle does have another side to it. Eventually with some medical treatment the condition slowly improved to where John could actually cope but by the mid eighties he was struggling with it and eventually retired.

Today John has great problems with his back, although he does make light of it. Anyway, thought I'd like to share that with you, give you another perspective to John's small time in Lizzy.

*** Special Note ***
For more information on JOHN DUCANN and his short time in THIN LIZZY, check out

Who Is ANDY GEE?