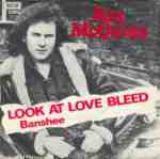 The LYRICS for the B-Side were written by PHILIP LYNOTT, unlike the Thin Lizzy version of this song which is an instrumental version.

Eric Bell on the A-side and Downey, Lynott, Robbo and Scott on the B-side.

The B-side lineup also recorded a version of "Running Back" during the same sessions that was never released. The backing track was Lizzy's original recording with additional guitars.