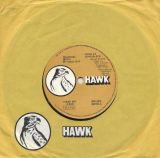 Look At Love Bleed/Better Than I Expected - BRUSH SHIELS

Both songs produced by PHILIP LYNOTT.

Better Than I Expected

Scan above courtesy of Richard Bosch

BETTER THAN I EXPECTED, produced by Philip in 1977, is a powerful and haunting song about a close friend being called to the hospital to see his drug addicted gravely ill friend while his mother sits at his bedside. As he leaves, he wonders if he'll ever see his friend alive again.

SHIELS name is mis-spelled on the label.