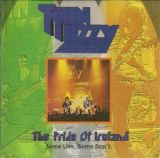 The Pride Of Ireland

4. The Spirit Of Man (sung by Phil Lynott and Julie Covington)

from Jeff Wayne's Musical version of WAR OF THE WORLDS

Tracks 7-9 were recorded in November 1985 with Hewy Lewis and the News and were supposed to appear on Phil Lynott's 3rd solo album. These are Phil's last (known) recordings.

Track 10 is listed as TORONTO, October 28th 1977, but Phil introduces the band: including Snowy White and Darren Wharton, who joined Thin Lizzy for the 1980 tour.

THE THREE MUSKETEERS and not Thin Lizzy. 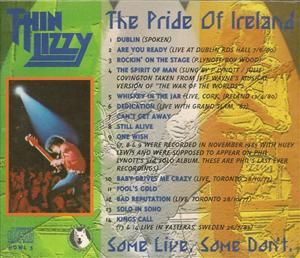