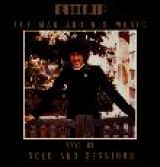 Philip - The Man And His Music - Volume III

The Man and his Music, Vol. III

Somebody Else's Dream - Philip Lynott (B-side of Together)

A Tribute To Sandy - Philip Lynott

Beat Of The Drum - Philip Lynott (B-side of Old Town)

A Merry Jingle - the Greedy Bastards! (aka The Greedies)

We Are The Boys (Extra Medley version)

Can't Get Away - Philip Lynott with The NEWS

One Wish - Philip Lynott with The NEWS

A Tribute to Sandy is Phil's tribute to the late SANDY DENNY, successful solo artist, as well as former member of Fairport Convention, Fotheringay and the Bunch.

Stop Messing Around is from the UK 2-pack Gary Moore single of Out In The Fields.

Out In The Fields is from the UK 2-pack Gary Moore single of Over The Hills And Far Away.

Night In The Life Of A Blues Singer is a live recording of THIN LIZZY in 1979 with Gary Moore (temporarily) back in the group.

A Merry Jingle features Philip Lynott, Gary Moore and members of THE SEX PISTOLS, and was released around Christmas 1979.

The final 3 tracks were recorded with Huey Lewis' band The News only a couple of month's before Philip's death and are his last known recordings.

in Japan on the Lookin' Ahead label, catalog number 025.